Helsinki Region Transport is the organization in charge of public transport in the Greater Helsinki area. In 2019, over 390 million trips were made using HSL’s services. 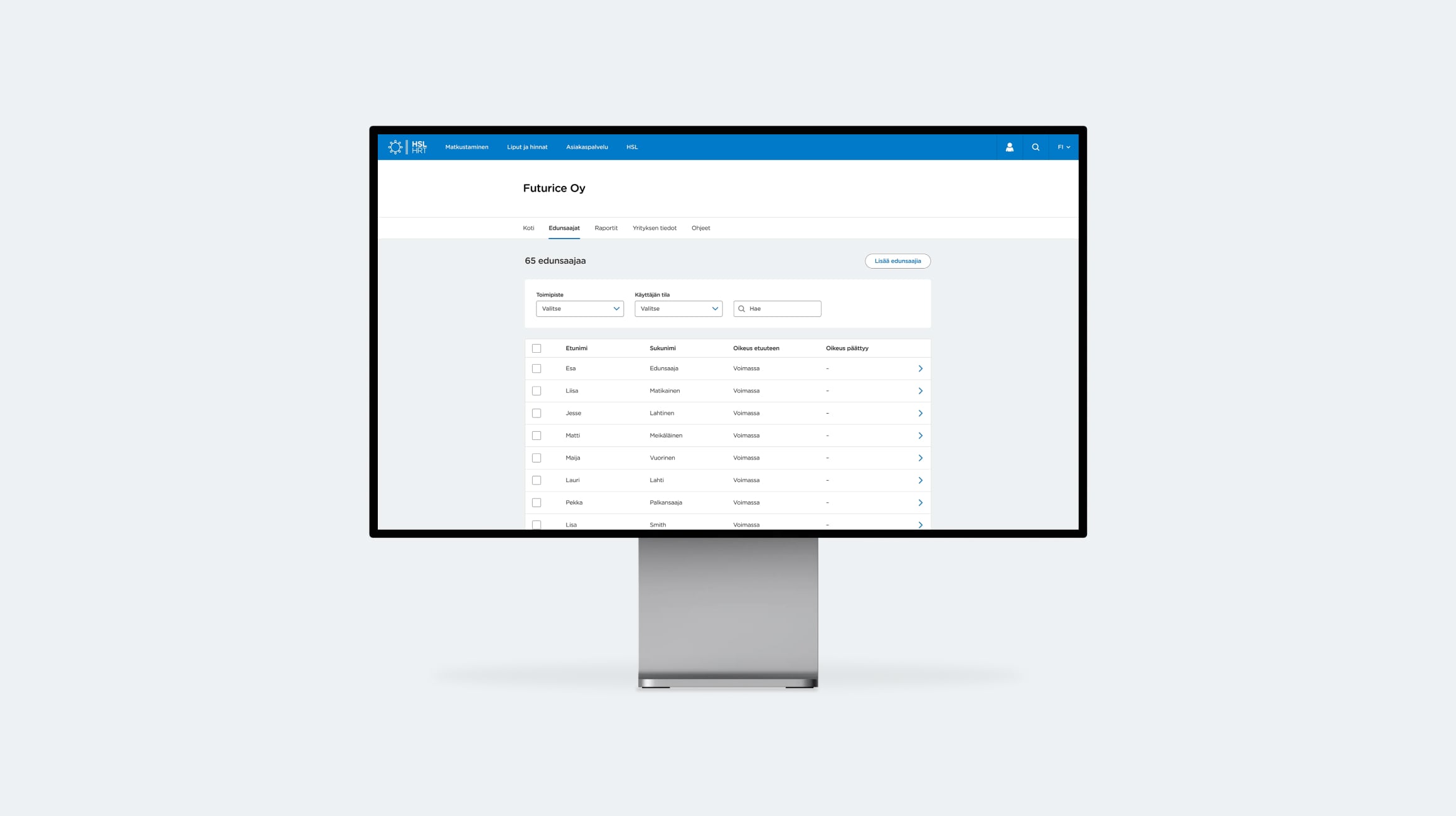 HSL’s strategy is focused on sustainable transportation and one part of it is to encourage residents to commute by public transport. To implement the strategy, HSL created a service that makes it easy for companies to provide commuter benefit to their employees.

I worked on the project as a UI/UX designer, together with a service designer, PM, and the development team.

HSL had previously developed an MVP version of the service with a very limited feature set and only one zone combination (AB-ticket). After achieving product-market fit and internal buy-in, HSL wanted to expand the service to include features that the pilot companies requested during the testing period. Also, the MVP was built very quickly and had issues in accessibility, which needed to be fixed before a wider launch to comply with the EU accessibility directive.

When we started working on the project, my first task was to conduct an accessibility audit for the MVP web app. After discussions with the team, we decided that the most efficient way fix the issues would be to use the existing HSL Design System and the same components that I had already been working with on the other projects. In addition to fixing the accessibility issues, this way we could also achieve a more consistent user experience across the different HSL services.

During the project, I also designed features needed for a wider launch; self-service onboarding for both the companies and the end-users, multiple zone variations, the ability to have multiple company locations, and more advanced reporting to accommodate the needs of modern HR and financials departments.

Get in touch via email or LinkedIn, and let’s discuss how I can help you.